At our last support group meeting I finally told the story of how I found out Kathrine was dead and how I was told.   I have run a support group for almost six months now but, while listening and crying to the stories others have shared, have yet been able to tell my own story… of that day.  So now I will share it with you. 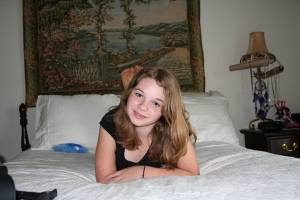 On Friday August 7th, 2015 I got the call at work that our 19-year-old daughter was found dead of a heroin overdose.   I was told to get up to the hospital in the town she lived (one hour away) to identify her body.  Well, I had a couple of obstacles to overcome first.  I had to stop screaming hysterically, that was tough.  I was with work colleagues (no, with friends)  and nobody slapped my face (as we’ve all seen in the movies) but the threat of having the first responders come and possibly lock me up did the job.  I had my family to tell.  I still had a younger child to tell, I had a husband to tell,  that was my job.

Therefore, I had to get home.  Those friends somehow got me and my car home. You know who you are and and will never forget what you did for me that day.

In 2008 I called my father and cousin to tell them my younger brother had died of cancer.  I thought I would never have to go through that agony again.  In August last year, I walked into our house, woke what was remaining of my family, and told my husband and our youngest daughter that Kathrine was dead.  First overdose, 12 weeks into ‘trying’ heroin, and no second chances.  And, we needed to get to the hospital to identify her body.

We got there and I was not allowed to see her then, nor allowed to see her for another four days.  Her body had been deemed a ‘crime scene’ the person who gave her the drugs, still in jail for murder and they told me ‘wait’.  After the autopsy, you can see her.  So, she was identified by the cell phone she had on her person, and I waited.

I went home that night without seeing my child’s body.   Knowing she was gone, but without proof and hoping for a miracle.  Someone else had her cell phone, maybe someone else had a child that is dead… not mine.. Maybe?

Four days later I once again walked into the funeral home and they had picked Kathrine up.  They were kind, they were considerate, and they knew I still had in my heart an outside chance that this wasn’t my child  It was a mix up, confusion.  I was warned what to expect.  It is an autopsy, her head will be covered in towels, and her face will show, her body will be covered.  Just look at her face.  And they opened the door and I walked in and saw, without any doubt, my daughter.  And with her head covered in towels and her body wrapped up, and her jewelry out and no make-up on, she looked about twelve years old.  And I begged for forgiveness for not being able to do what could have saved her.

And as I told this story eventually in the support group I now manage, the father who lost his child eight weeks ago came to me and said “It’s no great shakes if you see them immediately  either”  He just found his own teenage daughter dead in his own house.

I wish we could do better.

8 thoughts on “The Last Day”